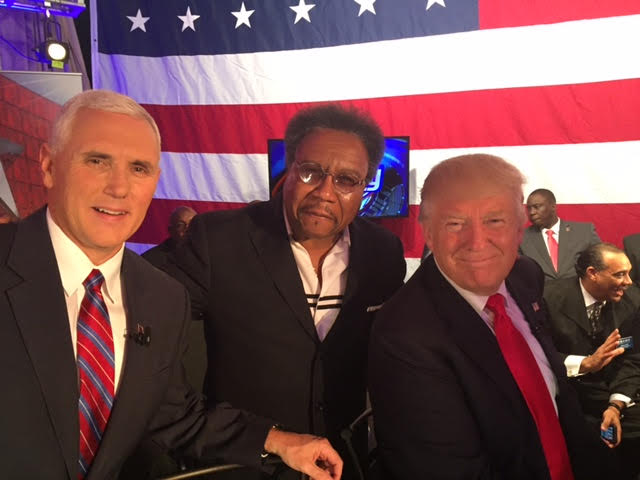 CL Bryant is a native of Shreveport, LA. His family roots are in Cane River and Lafayette, LA. She is the son of World War II Veteran L.C. Bryant and mother Elnola Goode Bryant.

Founder: One Nation Back to God.

Frequent Guest On: Fox News. The Blaze. CNN. MSNBC. Syndicated Radio. Columnist and Author. Former two-term President of NAACP Garland, Texas. On June 4, 2014, C.L. became the host of soon syndicated radio program, THE CL BRYANT SHOW. Content of Character College Tour (HBCU). His new film project will be called ‘RED WHITE AND BLACK’ which will be coming out in 2016.

C.L. Bryant is widely recognized as one of Americas most Dynamic Orators and he is a frequently sought after Speaker, Motivator, Activist, Organizer, Gospel Preacher. Current Church affiliation is the Word of God Ministries with Pastor James A. McMenis and located in Shreveport, LA.

Family: CL is married to Jane C. Pruitt Bryant and is a father to four; grandfather to 12.