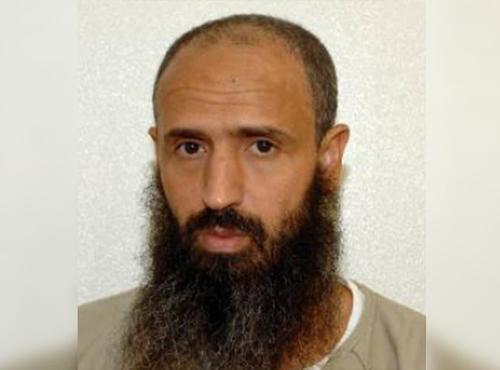 On Monday the Biden White House announced its first transfer of a detainee from Guantanamo Bay as part of previously reported plans to “quietly” pursue a permanent closure of the high secure military prison which since 9/11 has controversially housed ‘terror masterminds’ as well as suspects rounded up in the wake of the 2001 invasion of Afghanistan.

The Hill identified 56-year old Abdul Latif Nasir as the detainee who has been repatriated to Morocco after in 2016 the Periodic Review Board (PRB) deemed that his detention “no longer remained necessary to protect against a continuing significant threat to the national security of the United States.”

Despite this 2016 judgement, no action was taken to move Nasir out of Gitmo either during Obama’s final year in office, or Trump’s four years. The number of detainees at Gitmo is now at 39. Military documents alleged that Nasir had “traveled to Afghanistan for jihad” and engaged in combat actions against US troops. Trump had previously accused the Obama administration of “returning terrorists to the battlefield” for efforts to send inmates back to their countries of origin.

“The United States is also extremely grateful for the Kingdom’s willingness to support ongoing U.S. efforts to close the Guantanamo Bay Detention Facility,” the Pentagon said in reference to Morocco. Presumably other repatriations to foreign countries are currently being negotiated.

Of those 39, a whopping 28 have yet to be charged with war crimes or specific criminal or terroristic acts despite being there for two decades. The Bush administration had argued that ‘War on Terror’ captives were not subject to the Geneva conventions and so could be held indefinitely without trial.

State Department spokesperson Ned Price issued the following statement confirming prior reporting that Biden has reprioritized shutting down Gitmo for good: The president is “dedicated to following a deliberate and thorough process focused on responsibly reducing the detainee population of the Guantanamo facility while also safeguarding the security of the United States and its allies,” Price said.

Biden’s approach will reportedly be centered on a plan to transfer most of the remaining 39 detainees to foreign countries for these host countries to deal with them legally. This would not, however, include the most infamous prisoner at Gitmo Khalid Sheikh Mohammed and the group dubbed the “9/11 five” – believed to be directly behind the 9/11 terror attacks which killed about 3,000 Americans.

The “five” were supposed to stand trial in January 2021 but controversy over transferring them to the continental United States has seen any such request blocked by Congress. This also after Trump previously signed an executive order to keep Gitmo open.