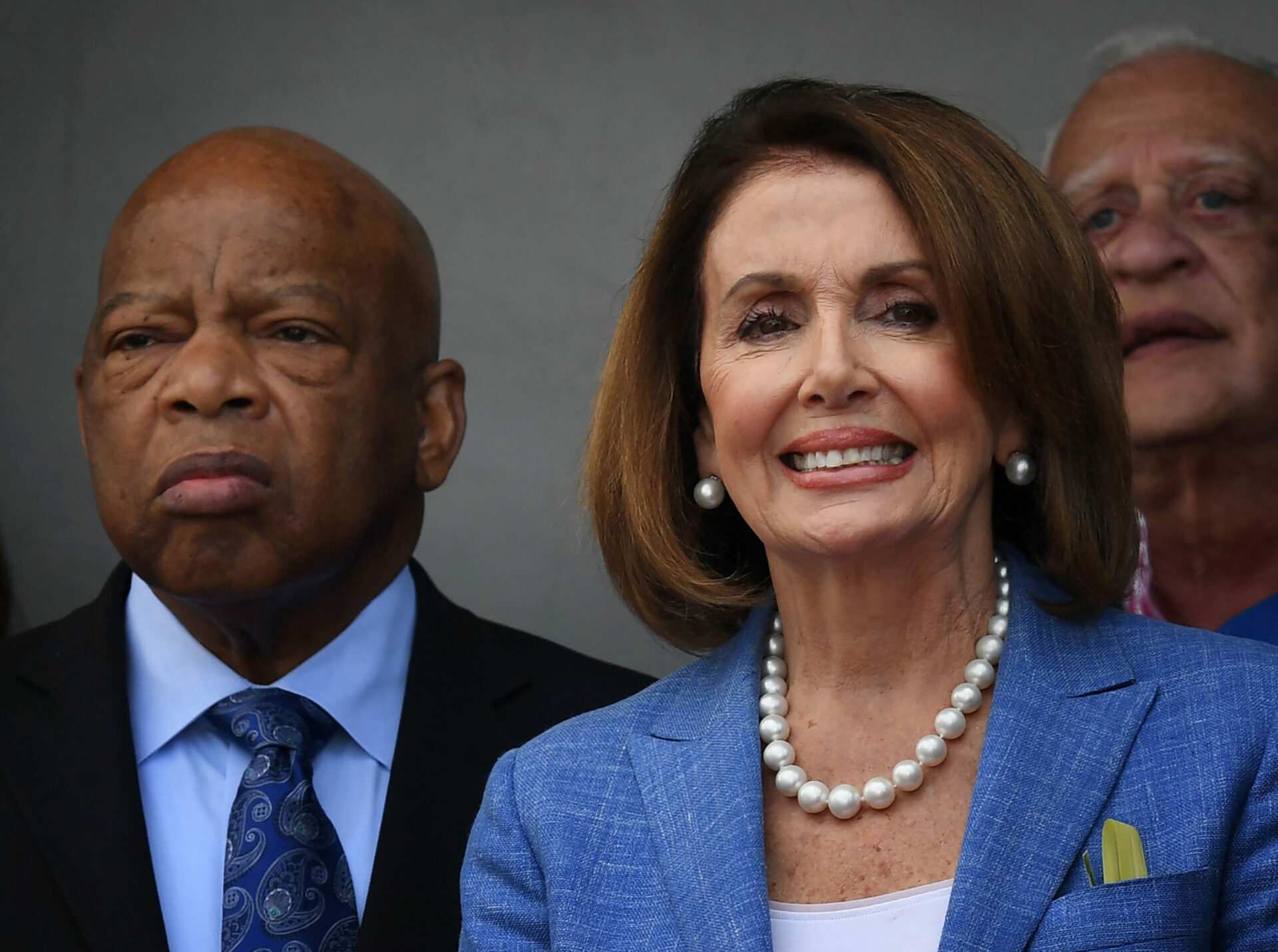 Videos: Navy christens USNS John Lewis to honor the ‘warrior for peace and justice’ on first anniversary of his death

The U.S. Navy christened the USNS John Lewis on Saturday, honoring the late congressman on the one-year anniversary of his death.

Family and friends of the civil rights icon joined senior lawmakers for the christening ceremony in San Diego.

“It’s fitting that we honor John Lewis with this formidable ship, because John Lewis was a warrior. One of the mottos of the Navy is ‘Semper Fortis’ — ‘Always Courageous’ — and John Lewis was indeed always courageous,” House Speaker Nancy Pelosi , D-Calif., said at the event.

“This ship will be a beacon to the world reminding all who see it of the persistence and courage of John Lewis,” she added.

Actress and activist Alfre Woodard, the ship’s sponsor, christened the John Lewis with champagne saying, “May God bless this ship and all who sail in her.”

“We miss him on this platform but we will never be without him. I am honored. I am fortunate. I am eternally grateful to have lived in the time of John Lewis,” she said.

Rep. Barbara Lee, D-Calif., who was also at the ceremony, later tweeted that, “John was a warrior for peace and justice, and today reminded us that he passed the baton to us in our fight for liberty and justice for all in his honor,” she wrote. “I miss him deeply.”

“On behalf of my beloved uncle, the entire Lewis family, we’re humbled and grateful for the christening of the USNS John Lewis,” said Marcus Tyner, a nephew of Lewis.

“We all agree that what is most important at this critical time, and what will please my uncle most is the passing of the John Lewis Voting Rights Bill,” he added.

Lewis, one of the key figures of the civil rights movement of the 1960s, was elected to the House of Representatives in 1986, representing Georgia’s 5th Congressional District. He held the seat until his death, exactly one year ago.

He survived a brutal beating while leading a march across the Edmund Pettus Bridge in Selma, Alabama, in March1965, and for decades after that he remained a leading voice in nonviolent protests and a towering force in U.S. politics.

It is the first replenishment oil ship in its class, and it will be operated by the Navy’s Military Sealift Command. The rest of the six ships in its class will also be named after civil rights leaders.