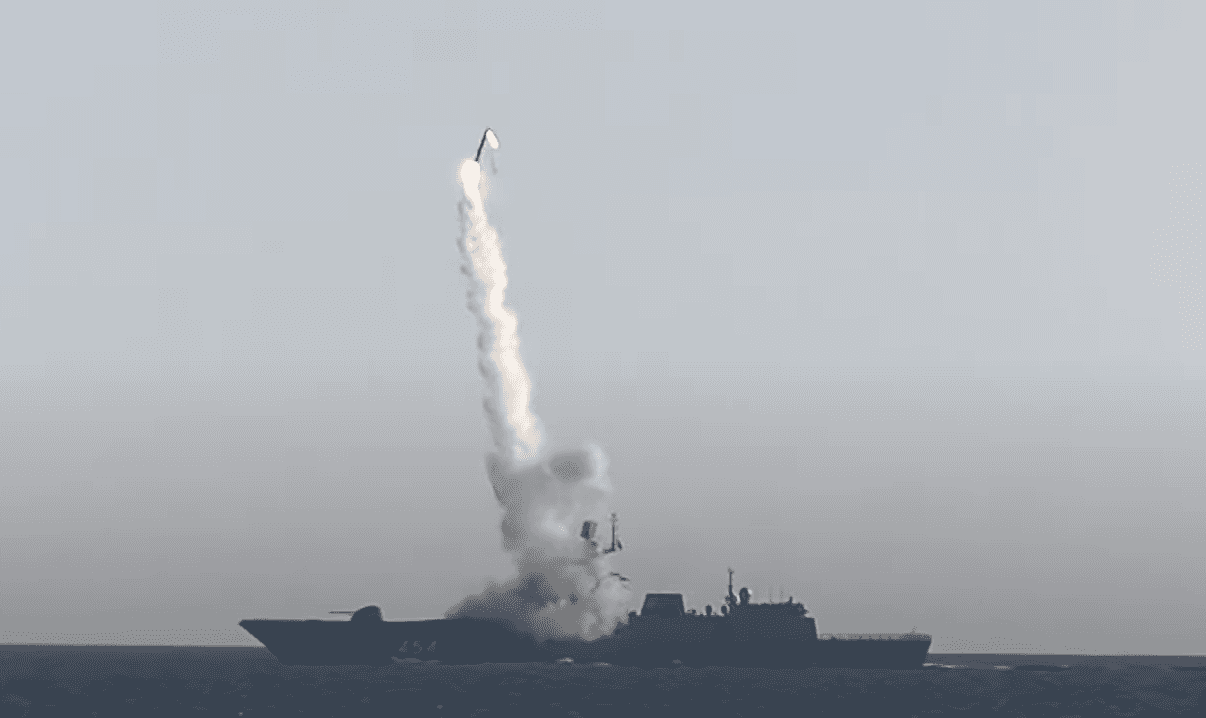 The Russian military showed off the missile launch in a 45-second video that included footage of the frigate Admiral Gorshkov maneuvering into position and the missile’s initial launch stage.

Russia conducted the missile launch in the White Sea. The Ministry of Defense said the Zircon missile traveled over 350 km (about 217 miles) before achieving a direct hit on a land target located along the coastline of the neighboring Barents Sea.

The 3M22 Zircon missile, or Tsirkon, is a scramjet-powered anti-ship hypersonic cruise missile that Russia intends to reach Mach 9 speeds, about 6905 miles per hour. The missile is reportedly capable of maneuvering in flight to help it avoid interception.

Russia previously tested the missile in October, in a test coinciding with Russian President Vladimir Putin’s 68th birthday. That test saw the missile reach Mach 8 speeds, about 6138 miles per hour.

Putin praised the October launch, stating, “The Tsirkon project and the stage you have reported today – the successful test flight of the missile – are a major event not only for the Armed Forces but also for the nation as a whole. Supplying our Armed Forces – the Army and the Navy – with the most advanced armaments that have no analogs in the world will reliably ensure national defenses for a long time to come.”

Reuters reported some military analysts have questioned how advanced Russia’s new generation of weapons, such as the Zircon missile really are, but have warned that if they are as capable as Russia claims, their combination of speed, maneuverability and altitude of hypersonic missiles could make them difficult to track and intercept.

The Ministry of Defense said the latest test launch on Monday confirmed the tactical and technical characteristics of the new missile.

The Russian Navy plans to eventually deploy the Zircon missile on its various submarines and surface ships.

In 2018, Sen. James Inhofe (R-OK), a senior member of the Senate Armed Services Committee, warned that the U.S. was lagging behind Russia and China in the pursuit of hypersonic weapons.

In December 2019, Russia said it had successfully deployed another advanced hypersonic weapon, the Avangard system, which is a hypersonic glide vehicle that could carry either conventional or nuclear warheads.

In March 2020, the U.S. successfully tested its common hypersonic glide body (C-HGB), being developed as part of the U.S. efforts to counter other hypersonic weapons. The U.S. hypersonic missile achieved speeds of about Mach 5, about 3,836 miles per hour.