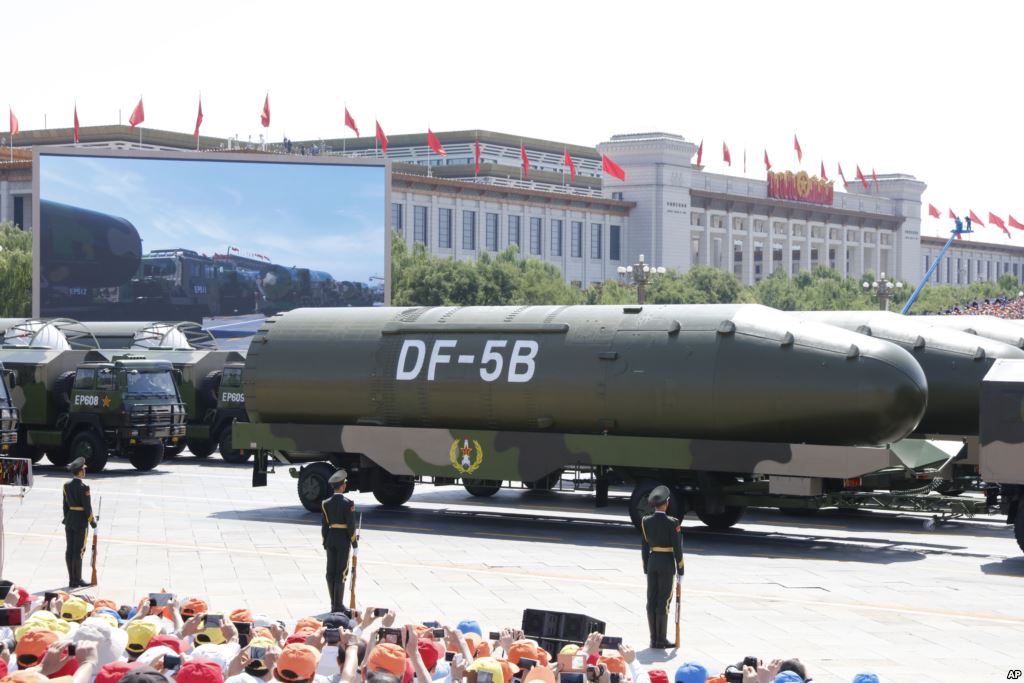 Both Newsweek and Taiwan News reported that the Baoji Municipal Committee of the CCP reposted a video to China’s YouTube-like platform Xigua, in which a narrator states, “When we liberate Taiwan, if Japan dares intervene by force, even if it only sends one soldier, one plane or one ship, we will not only return fire, but also start a fullscale war against Japan. First, we will use nuclear bombs. We will continue to use nuclear bombs until Japan offers its second unconditional surrender.”

The Chinese language video was uploaded with English subtitles by Chinese-born human rights activist Jennifer Zeng, who tweeted, “#CCP Vows to Nuke #Japan if Japan defends #Taiwan. As Japan is the only country that has been nuked, so nuking Japan ‘will get twice the result with half the effort.’ The CCP’s military channel threatened to carry out continuous nuclear strikes on Japan until Japan’s second unconditional surrender.”

#CCP Vows to Nuke #Japan if Japan defends #Taiwan. As Japan is the only country that has been nuked, so nuking Japan “will get twice the result with half the effort.”
中共軍事頻道威脅對日本實施連續核打擊，直到日本第二次無條件投降。 pic.twitter.com/dp45R2LXtD

“We want to strike Japan’s capacity to endure war,” the video’s narrator states. “As soon as Japan recognizes that it cannot afford to pay the price of war, it will not dare send troops to the Taiwan Strait.”

Newsweek reported the video was originally posted by the verified military commentary channel “Liujun Taolue.” The original video garnered more than 2 million views and while it was later deleted, it was first shared by Chinese officials, including an account operated by the Baoji municipal government, located in northwestern China.

Though Taiwan governs itself as an independent nation, China maintains a claim of sovereignty over the island and has increasingly discussed “reunification” with the island in recent months.

The Chinese video comes after remarks by Japanese officials, including Japanese Deputy Prime Minister Taro Aso, who reportedly said last week that Japan would “have to defend Taiwan” if the island is invaded by China.

While China has claimed to maintain a “no first use” policy of not using nuclear weapons unless it is first attacked by nuclear weapons itself, Japan does not possess nuclear weapons and launching a nuclear attack on it would require China to waive that policy.

“By singling out Japan as an ‘exception’ to our no first use commitment, we are warning Japan and the world that if Japan intervenes militarily in our domestic affairs, including in the unification of Taiwan, nuclear weapons will be used against Japan, and will be used continuously until its
unconditional surrender,” the video states.

In June, Japanese State Defense Minister Yasuhide Nakayama raised concerns China and Russia could launch a Pearl Harbor-style attack in the Pacific and said a Chinese attack on Taiwan would affect “not just Japan, but also the U.S.-Japan alliance.”