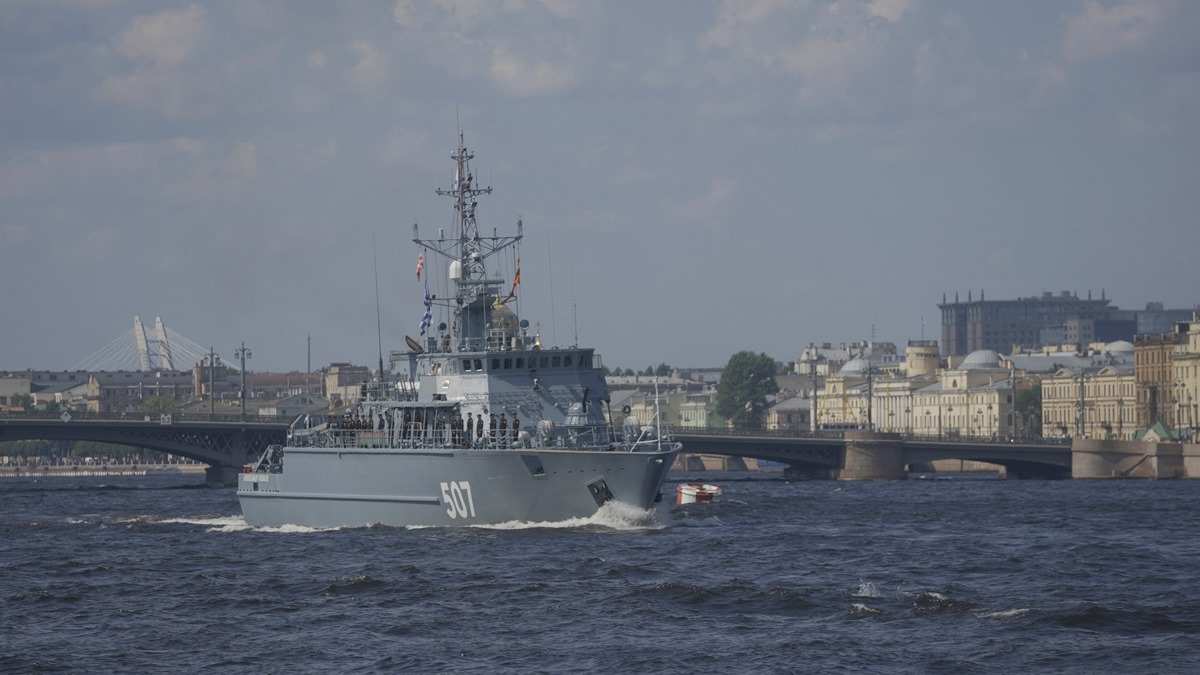 Two Russian warships practicing for the upcoming Navy Day parade collided in the Neva River in St. Petersburg on Monday and it was caught on video.

A Russian blogger posted a video of the encounter on Twitter showing the two ships dangerously close, and then later attempting to separate. A thunderous crack sound is heard in the video, but it’s not clear if that sound came from the impact or another source.

Witnesses told Russian media outlet Dialogue.ua that strong winds pushed one of the warships into the other as it was moving to dock.

One of the ships in the video appears to be Russia’s first Aleksandrit-class ocean minesweeper ship Alexander Obukhov numbered 507 which was commissioned in December 2016.

The ships are among numerous Russian warships, submarines, and naval aircraft that began rehearsals on Monday for Russia’s Navy Day parade that takes place on July 25.

“The warships’ crews and the naval aviation pilots of the Black Sea Fleet and the Southern Military District’s Air Force and Air Defense Army are holding their first training of the naval parade of warships and the flyover of aircraft on the occasion of Russia’s Navy Day,” Russia’s Black Sea Fleet press office said in a statement reported by Russian news agency TASS.

A flyover of 26 naval warplanes will also take place over the parade.

The parade is set to commemorate the 325th anniversary of Russia’s Black Sea Fleet. A main parade will take place in St. Petersburg, and additional naval parades will be held in Severomorsk, Baltiysk, Sevastopol, Kaspiysk, Vladivostok and Tartus, Syria.