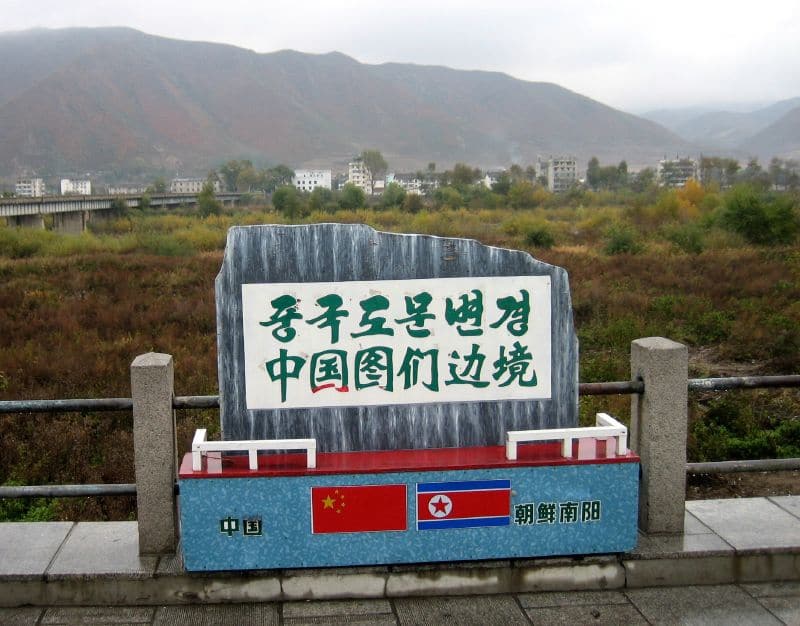 This article was originally published by Radio Free Asia and is reprinted with permission.

North Korea is forcibly mobilizing married women living near the border with China to toil away making cement blocks for the construction of a wall, sources in the country told RFA.

The wall will keep citizens of the northeastern province of Ryanggang from easily accessing the border, especially near the province’s largest city Hyesan, where the government uncovered a rash of smuggling incidents over the past year, following the January 2020 agreement by Beijing and Pyongyang to shut down the frontier and suspend all trade to stop the spread of the coronavirus.

Though exploiting the public for free labor is common practice in cash-strapped North Korea, sources told RFA that the people are angry that the government started mobilizing women for the project when it fell behind schedule.

“Not only are they mobilizing the members of the neighborhood watch units in the border area, but also members of the Socialist Women’s Union of Korea. They are making cement blocks for wall construction,” a resident of the province, who requested anonymity for security reasons, told RFA’s Korean Service July 5.

Mobilizing married women for long-term projects could be potentially ruinous for many families. In North Korea’s nascent market economy, men work a job that provides a government salary nowhere near enough to live on. In many families, the wives who have no official jobs must run businesses to support their families.

But Pyongyang has been serious about preventing border-crossing during the pandemic. The border closure has, however, devastated the North Korean economy and caused food prices to skyrocket, thereby increasing the incentive for smugglers to bring in food and products from China to make a living.

To stop illegal border crossings, North Korea has held public executions, deployed special forces to the border area, laid landmines to keep its own people from escaping, and ordered soldiers and police to shoot on sight anyone found within a kilometer (0.6 miles) of the border.

The new wall is yet another obstacle to be overcome, according to the Ryanggang source.

“The people are critical of the authorities, saying, ‘Even in this severe coronavirus emergency, people still cross the river, risking their lives to smuggle. Even if they build the wall, could that possibly stop people from finding a way to cross the river?’” the source said.

“Compared to other areas on the border, it is easier for smugglers to cross into China from Hyesan because of its unique geographical features. This is why they are building the wall in Ryanggang,” said the source.

According to the source, authorities had initially planned to build the wall using labor from the military and youth, but after they took too much time to clear the land, finishing the project before its Oct. 10 Party Foundation Day deadline seemed impossible without finding more labor.

To stay on schedule, each woman in the Socialist Women’s Union must complete ten cement blocks per day, according to the source.

“They have to start each day by transporting sand from the mountains and mix it with enough cement to make all the blocks assigned to each group. The women complain about the work, saying ‘Could building a wall on the border stop the landslide of public sentiment?’”

Another Ryanggang resident confirmed to RFA July 7 that authorities added female labor to the wall project to try to finish it before the Oct. 10 deadline.

“Though the construction of the two-meter-high cement wall with high-voltage wiring on top along the Hyesan border came out of orders…to prevent the virus from coming in from China, the goal is to permanently prevent smuggling and escape from the country,” said the second source, who requested anonymity to speak freely.

“A month has passed since they gave the order, but construction has not progressed as they expected because of a lack of materials and manpower. The provincial party committee had already burdened the residents to provide the necessary materials and funding before mobilizing the women, which they said was an emergency measure,” said the second source.

Women who are responsible for making a living for their families are complaining about being forced to work on the wall, which they say is useless, according to the second source.

“No matter how high the wall is, they will not be able to completely subdue the will of the people to cross the river in search of food and freedom.”

RFA reported in late June that North Korea, forced more than 13,000 married women from all over the country to “volunteer” for farm work in South Hwanghae province, considered to be the country’s breadbasket, after acknowledging grain production shortfalls over the past year due.

Forced labor for government projects is considered by human rights organizations as a form of human trafficking or slavery.

The U.S. State Department in its 2020 Trafficking in persons report classified North Korea in Tier 3, the lowest tier, made up of countries not making an effort to meet the minimum standards of the Trafficking Victims Protection Act of 2000.

“During the reporting period, there was a government policy or pattern of forced labor in mass mobilizations of adults and children, in prison camps as part of an established system of political repression, in labor training centers, and through its imposition of forced labor conditions on DPRK overseas contract workers,” the report said.