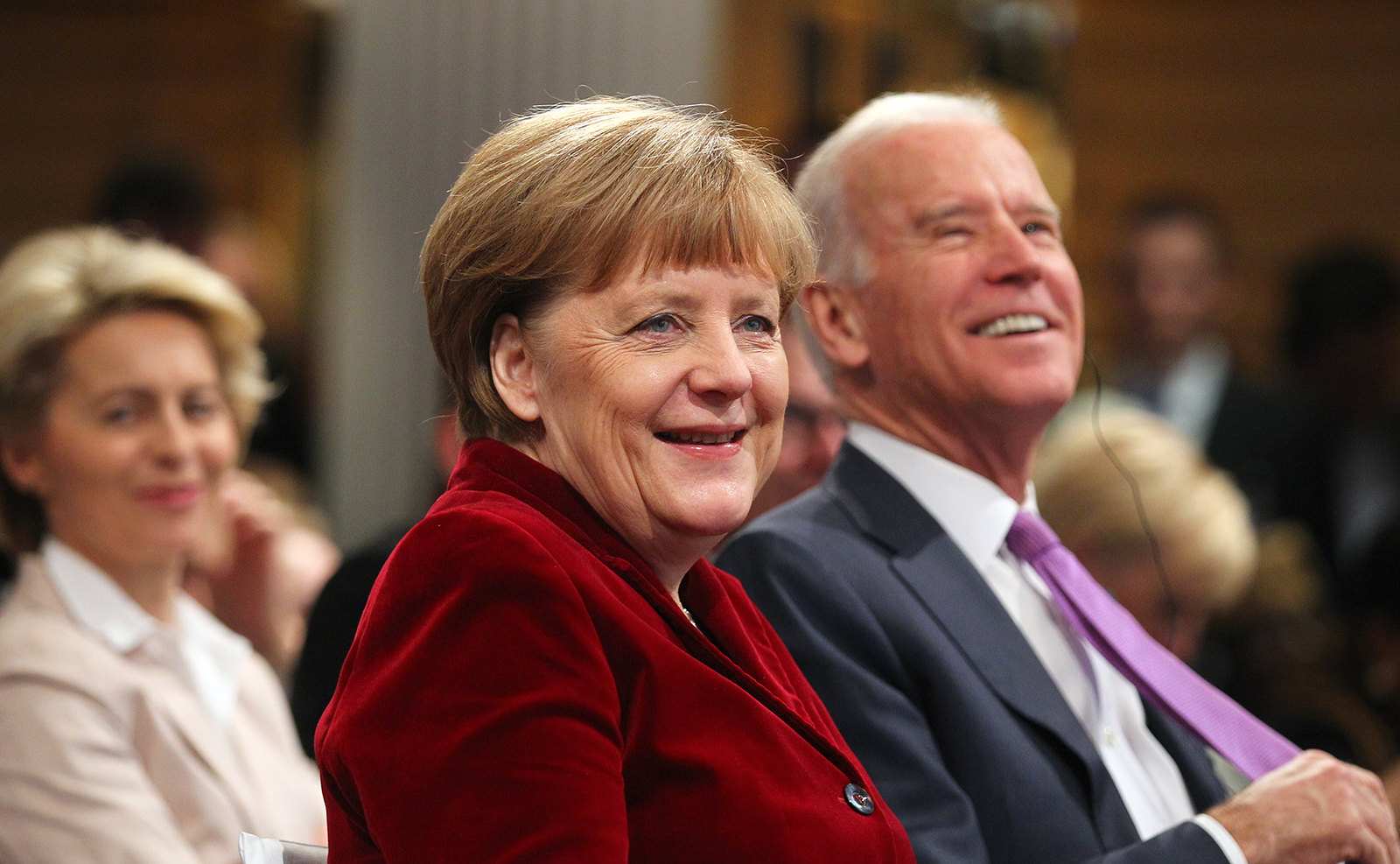 This article was originally published by Radio Free Europe/Radio Liberty and is reprinted with permission.

U.S. President Joe Biden and German Chancellor Angela Merkel vowed to stand together in opposing Russia using energy as a “weapon” against its neighbors as the Nord Stream 2 gas pipeline from Russia to Germany nears completion.

Biden said that he expressed his concerns about Nord Stream 2 to Merkel during their meeting at the White House on July 15.

“While I reiterated my concerns about Nord Stream 2, Chancellor Merkel and I are absolutely united in our conviction that Russia must not be allowed to use energy as a weapon to coerce or threaten its neighbors,” Biden told a joint news conference.

He added that United States and Germany “stand together, and will continue to stand together, to defend our eastern flank allies at NATO against Russian aggression.”

The nearly completed $11 billion Nord Stream 2 being laid under the Baltic Sea has created a rare strain between the two allies. But Biden again signaled that he is ready to move beyond the matter, saying “Good friends can disagree.”

Biden has long opposed the project, but in May he waived looming sanctions against German entities involved in building it, arguing that the pipeline was almost finished and sanctions would harm relations with European allies.

Washington has opposed the pipeline over concerns that it could pose a threat to European energy security and because it will deprive Ukraine of transit fees it collects off land pipelines that cross its territory.

Merkel reiterated her position that Nord Stream 2 was “not a project to replace any kind of transit through Ukraine.” She previously said that the project was merely a means of doing business with Russia and a matter of national sovereignty.

Washington and Berlin also have differing views on China, but Merkel highlighted the “common understanding” between the U.S. and Germany “that trade with China needs to rest on the assumption that we have a level playing field.”

Both leaders said they would stand up for democratic principles and human rights when they saw China or any other country working to undermine them.

“We are united, united in our commitment to addressing democratic backsliding, corruption, phony populism in the European Union or among candidates for the EU membership, or anywhere we find it in the world,” Biden said.

During the visit, Biden congratulated Merkel as she approaches the end of her nearly 16 years as chancellor and praised her “exemplary life of groundbreaking service to Germany and…to the world.” Merkel, 66, plans to step down after German parliamentary elections in September.

“The cooperation between the United States and Germany is strong and we hope to continue that, and I’m confident that we will,” Biden said earlier at the start of their meeting in the Oval Office.

Merkel hailed her “friendship” with the United States and its contribution “to a free and democratic Germany.” Her White House visit was part of an effort by the Biden administration to make amends with an ally that former President Donald Trump frequently attacked over trade and defense matters.

During the bilateral talks, the two politicians also discussed the coronavirus pandemic, trade, and climate change.

Before meeting Biden, Merkel received an honorary doctorate from Johns Hopkins University, where she commented on her upcoming retirement and plans for the future.

She said she needed a pause to think about “what really interests me.”