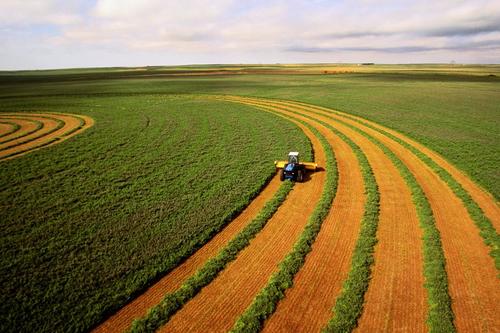 Lawmakers Sound Alarm Over China Purchases Of US Farmland

Lawmakers Sound Alarm Over China Purchases Of US Farmland

A group of bipartisan lawmakers are sounding the alarm over foreign purchases of prime US agricultural real estate, in an effort to lessen China’s influence on the US economy.

Recent legislation advanced by House lawmakers warns that China’s presence in the American food supply poses a national security risk, while key Senators have expressed interest in keeping American farms in American hands, according to Politico.

The debate over farm ownership comes amid broader efforts by Congress and the Biden administration to curb the nation’s economic reliance on China, especially in key industries like food, semiconductors and minerals deemed crucial to the supply chain. The call for tighter limits on who owns America’s farms has come from a wide range of political leaders, from former Vice President Mike Pence to Sen. Elizabeth Warren (D-Mass.), after gaining momentum seeded in farm states.

“America cannot allow China to control our food supply,” said Pence during a Wednesday speech at the Heritage Foundation in which he urged President Biden and Congress to “end all farm subsidies for land owned by foreign nationals.”

By the beginning of 2020, Chinese owners controlled approximately 192,000 agricultural acres in the US, worth around $1.9 billion – including land used for farming, ranching and forestry, according to the Department of Agriculture. It’s a small but growing percentage of the nearly 900 million acres of total US farmland – with the USDA reporting in 2018 that China’s agricultural investments have grown more than tenfold since 2009.

The Communist Party has actively supported investments in foreign agriculture as part of its “One Belt One Road” economic development plans, aiming to control a greater piece of China’s food supply chain.

“The current trend in the U.S. is leading us toward the creation of a Chinese-owned agricultural land monopoly,” Rep. Dan Newhouse (R-Wash.) warned during a recent House Appropriations hearing.

The committee unexpectedly adopted Newhouse’s amendment to the Agriculture-FDA spending bill (H.R. 4356 (117)) that would block any new agricultural purchases by companies that are wholly or partly controlled by the Chinese government and bar Chinese-owned farms from tapping federal support programs. -Politico

Rep. Grace Meng (D-NY) warned that the new law would “perpetuate already rising anti-Asian hate,” however she and committee leaders have indicated a willingness to find a solution as the legislation works its way through Congress, according to the report. It’s expected to reach the House floor before the end of this month as part of a broader appropriations package, however the Senate has yet to draft their own version of the spending bill.

Rep. Grace Meng, D-N.Y. speaks during a news conference on Capitol Hill, on May 27, 2020, in Washington. | Manuel Balce Ceneta/AP Photo

Of note, Saudi Arabia has also been buying up US farmland in the Southwest.

“We are new in this process,” said Rep. Sanford Bishop (D-GA.), chair of the agriculture appropriations subcommittee. “I would suggest that we sit down and we work through it so we can accomplish our objective, but do it in a way that is sensitive to all those who might be somewhat offended by the approach.”

Read the rest of the report here.