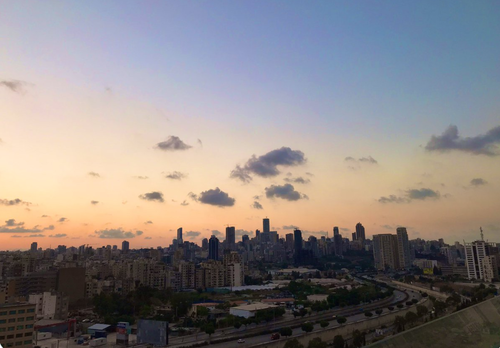 On Saturday the entirety of Lebanon was plunged into darkness, with the electricity grid shut down completely after the small Mediterranean country’s two main power stations reportedly ran out of fuel.  “The al Zahrani and the Deir Ammar power stations stopped working after supplies of diesel were apparently exhausted, and energy production dropped to below 200 megawatts,” Sky News reports.

A Lebanese official has confirmed to Reuters that the blackout is expected to last multiple days. “The Lebanese power network completely stopped working at noon today, and it is unlikely that it will work until next Monday, or for several days,” the official said.

“The official said the state electricity company would try to use the army’s fuel oil reserve to operate the power plants temporarily, but that would not happen anytime soon,” Reuters noted.

Over the past months major Lebanese cities and towns have experienced periodic blackouts, but this looks to be the worst and most far-reaching and long lasting – increasing the misery of a Lebanese population still in the midst of an economic crisis, persistent fuel shortage, and which has seen the local currency plunge by 90% since 2019.

Much of the past year in Lebanon has witnessed scenes of sometimes miles-long lines at gas stations, with fights and disputes over supplies becoming almost routine. Residents and business owners have tried to endure via generators and hoarding personal fuel supplies insofar is possible for those who can afford it.

Lebanon’s electrical grid has shut down across the country – meaning residents are now entirely dependent on costly private generators for power, if they can afford it https://t.co/UXfrBqUxnv

Some Lebanese interviewed by Middle East Eye told the publication that moving about an entirely darkened city at night is like “reliving the civil war” – in reference to lengthy war and collapse of infrastructure that gripped the country from 1975 to 1990.

Lebanon’s state electricity company, Electricite du Liban (EDL), warned in September that the country could plunge into a total blackout in October, amid dwindling fuel reserves, as the company is unable to generate the minimum 600 megawatts needed daily for the network to function properly.

On 3 October, EDL once again raised the alarm as the electrical grid shut down across the country – meaning residents of Lebanon are now entirely dependent on costly private generators for power, if they can even afford it.

In recent weeks Lebanon has begun receiving Iranian fuel shipments, controversially with the help of Syria and Hezbollah – but for now it appears the tankers sent from Iran have been too little too late to alleviate the immediate crisis.