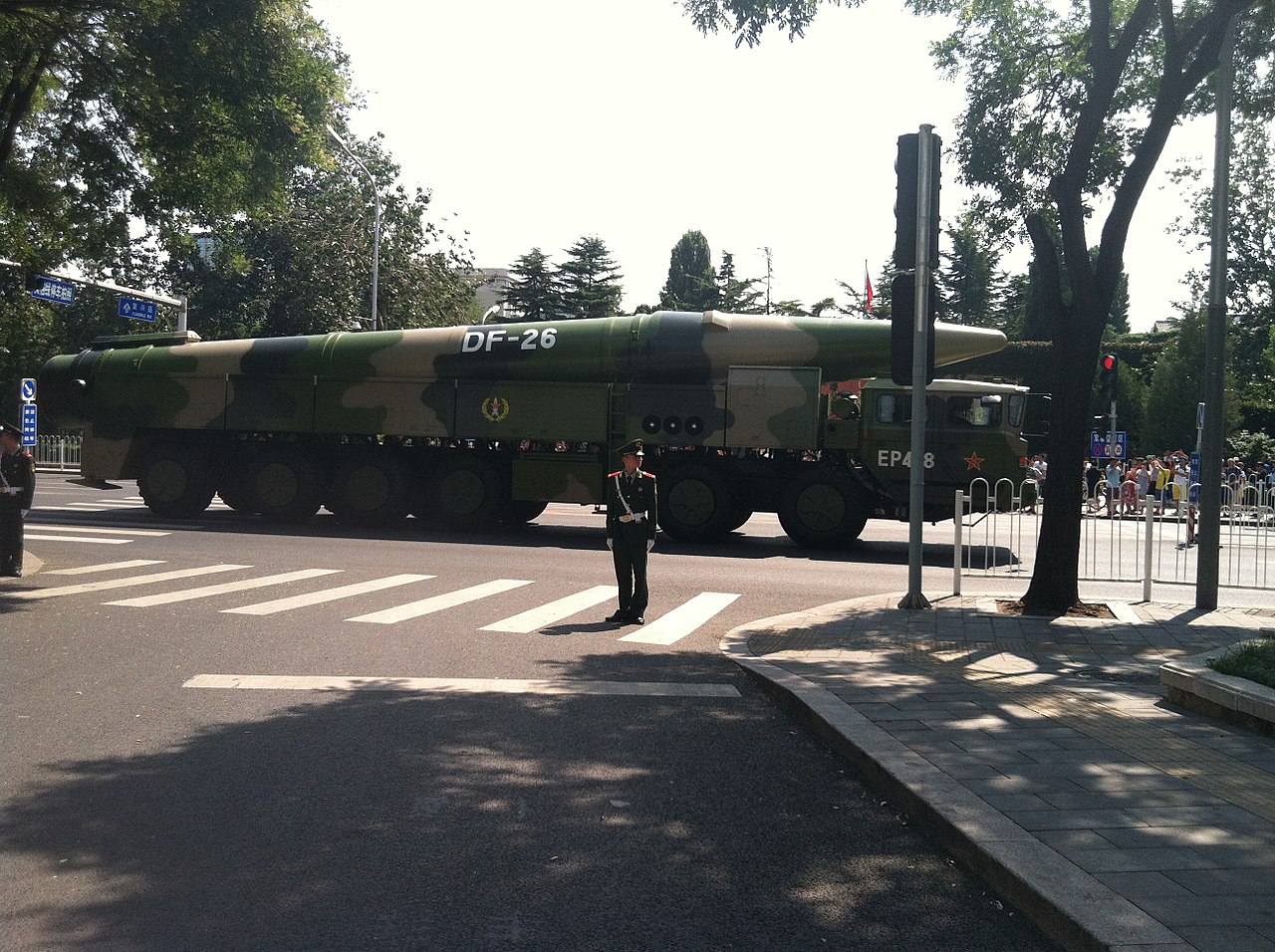 China tests ‘carrier killer’ missiles after threatening US over Taiwan

On Tuesday, the Chinese People’s Liberation Army (PLA) Rocket Force tested their ability to rapidly deploy Dongfeng DF-26 missiles, known as “carrier killers,” after threatening the U.S. with a “head-on strike” if it interferes with Taiwan.

The Chinese state-run Global Times media outlet reported the drills were carried out around midnight on Tuesday and PLA Rocket Force practiced carrying out a multi-wave missile attack. After launching the first wave of mock missile strikes, the Chinese troops received orders to relocate, simulating a response to a hostile attack on their launch positions, then reloaded and started the second wave of missile launches.

The Washington Examiner reported Chinese Defense Ministry spokesman Wu Qian said, “If anyone dares to separate Taiwan island from China, the Chinese People’s Liberation Army will give it a head-on strike and firmly defend national reunification and territorial integrity at all costs.”

The timing of the missile drills coincides closely with the visit of three U.S. Sens. Tammy Duckworth (D-IL), Chris Coons (D-DE) and Dan Sullivan (R-AK) arrived on the island on Sunday along with 750,000 doses of coronavirus vaccines.

Following their visit, Chinese Foreign Ministry spokesman Wang Wenbin said, “The visit by relevant US senators and their meeting with the leader of the Taiwan region gravely violates the one-China principle and the three China-US joint communiqués. China strongly opposes this and has lodged solemn representations with the US side.”

Wang also said the U.S. “should avoid sending any wrong signal to ‘Taiwan independence’ separatists and causing further damage to China-US relations and peace and stability across the Taiwan Strait.”

An amphibious landing is expected to play a critical role in the potential Chinese invasion of an island like Taiwan.

While Taiwan governs itself as an independent nation, mainland China considers it part of Chinese territory. Since 1979, the U.S. has adhered to the One-China policy, which treats Taiwan as part of Chinese territory. Despite recognizing China’s territorial claim over Taiwan, the U.S. has continued to interact with Taiwan through a policy of strategic ambiguity. China has increasingly warned the U.S. and Taiwan against interactions with one another.

China’s military strategy in the Pacific also entails the use of a so-called anti-access, area denial (A2/AD) strategy. The idea behind an A2/AD strategy is to allow China to seize contested territory and then use methods to slow or outright block other nation’s forces, like the U.S. Navy, from re-entering those contested areas. The so-called “carrier killer” could play a key role in that A2/AD strategy as key U.S. warships including aircraft carriers would likely have to leave contested areas of the Pacific to escape the range of those advanced missiles.

In a Global Times op-ed this week, the publication said, “The mainland’s military advantage over Taiwan is overwhelming. We also have the ability to prevent the U.S.’ military intervention if a serious cross-Straits crisis happens.”