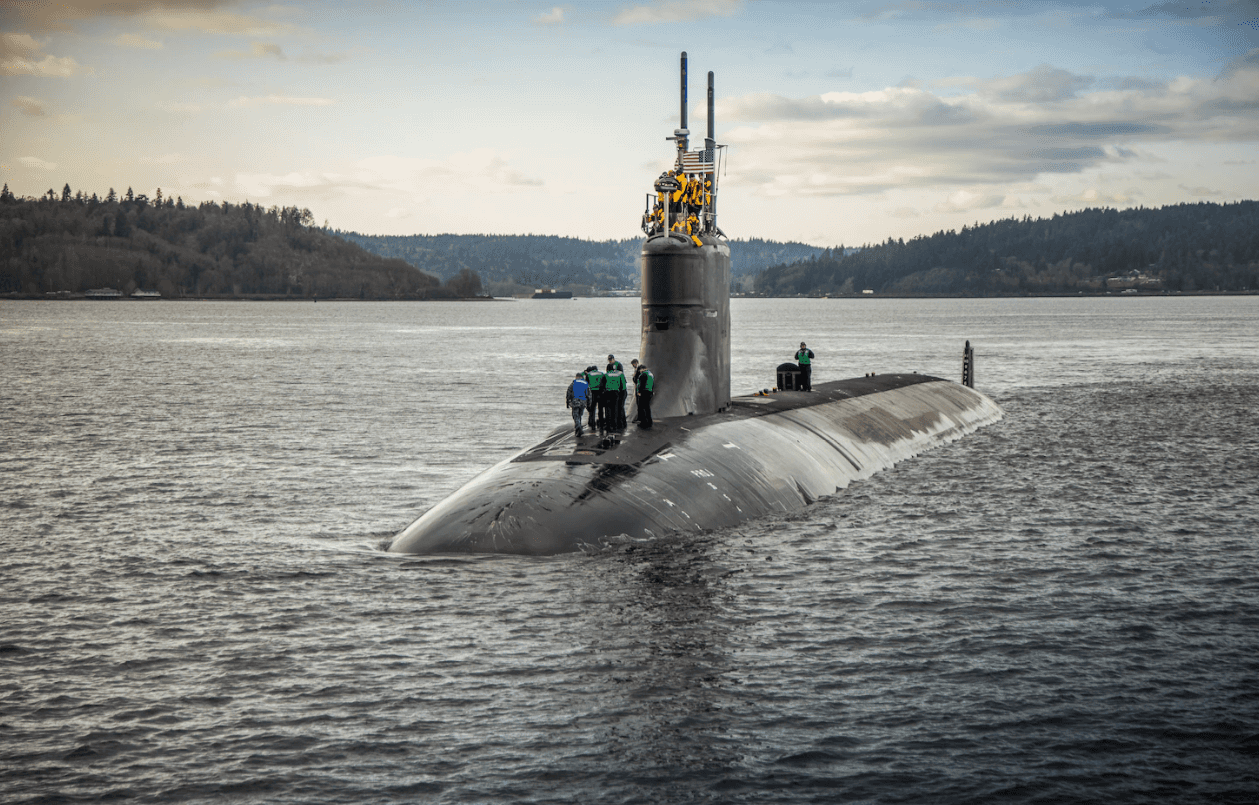 The Chinese Ministry of Foreign Affairs demanded on Friday that the U.S. Navy explain details surrounding its nuclear-powered submarine getting damaged after colliding with an underwater obstacle in the South China Sea.

On Thursday, the U.S. Navy’s Pacific Fleet announced the Sea Wolf-class fast-attack submarine USS Connecticut (SSN-22) was damaged days earlier after colliding with an underwater obstacle while navigating international waters in the Indo-Pacific region. Unnamed U.S. officials told both Fox News and USNI News that the submarine was operating somewhere in the South China Sea, a sea region China has increasingly tried to assert control over in recent years.

The day after the U.S. Pacific Fleet revealed the accident, which reportedly resulted in injuries to as many as 11 sailors and forced the submarine to limp back to a port in Guam, Chinese Foreign Ministry spokesperson Zhao Lijian said China is “gravely concerned” and called on the U.S. to reveal precisely where the accident took place.

“As the party involved, the US should clarify in specific details what happened, including the exact location of the incident, the US side’s navigation intention, the details of the incident, the object the submarine struck, whether the collision caused a nuclear leak or damaged local marine environment, et cetera,” Zhao said.

In their initial statement on the incident, the U.S. Pacific Fleet said USS Connecticut was in a “safe and stable condition” and its nuclear propulsion plant and spaces were not affected by the incident.

Zhao continued to criticize the incident in his Friday remarks.

“First, the U.S. has long been making trouble in the South China Sea in the name of ‘freedom of navigation,’ which poses a grave threat and major risks for regional peace and stability,” Zhao said. “This is the root cause of this incident. Second, the U.S. deliberately stalled and concealed the specifics of the incident without transparency and due responsibility. China and other countries surrounding the South China Sea cannot help but ask what truly happened and what the U.S. intention is.”

Zhao then pivoted to criticisms of a recent pact between the U.S., U.K. and Australia, known as AUKUS, which entails the sharing of U.S. and U.K. submarine nuclear-propulsion technology with Australia. The technology-sharing pact could serve as an added check against Chinese aggression in the Indo-Pacific region.

“The U.S. and the U.K. recently decided to conduct nuclear submarine cooperation with Australia, a non-nuclear weapon state, and flagrantly proliferate nuclear submarines in the Asia-Pacific,” Zhao said. “This is bound to create nuclear proliferation risks, spark an arms race and undermine efforts to establish a Southeast Asia nuclear-free-zone. The odds of a nuclear incident will also increase dramatically.”

Zhao said, “The US should abandon the obsolete Cold War zero-sum mentality and narrow geopolitical notions, and stop such erroneous practice that undermine regional peace, stability and development.”

USNI News reported the USS Connecticut arrived at Naval Base Guam on Friday and a full damage assessment is underway. An investigation of the incident is also ongoing.