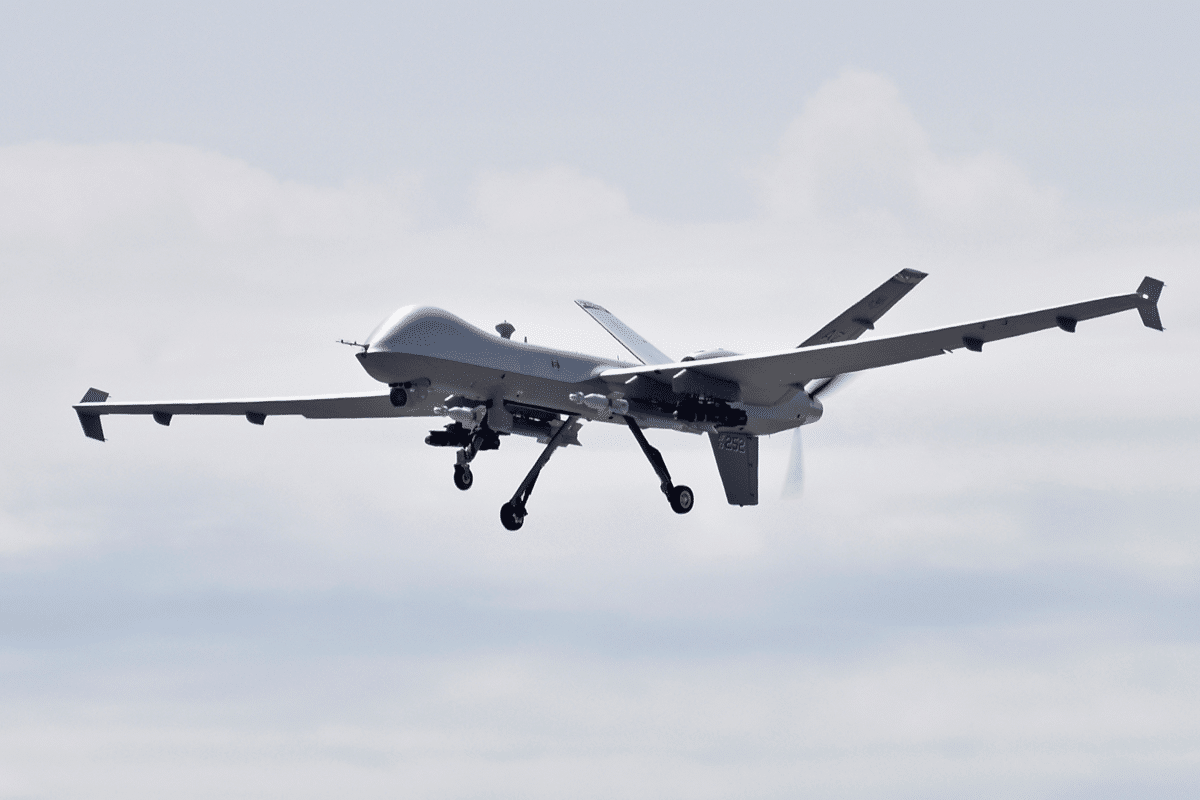 The Air Force for the first time recently flew a pair of its big MQ-9 Reaper drones—better known for their missile-firing role in the Middle East—from the mainland to Hawaii, extending the reach of the unmanned aircraft and with an eye to aiding the Navy and Marine Corps in island-hopping operations in the Western Pacific.

In an era that’s seen the emergence of strategic competitors China and Russia and rapid technology change, Air Force Chief of Staff Gen. Charles Q. Brown said the Air Force needs to “accelerate change or lose “—and the Reaper deployment is part of that mantra.

The Air Force said earlier this month that exercise Agile Combat Employment Reaper, which includes the two aircraft that were remotely flown to the Marine Corps base at Kaneohe Bay and another that was shipped in, is intended to show the Reaper’s “untapped potential in a maritime environment.”

On Monday the Air Force provided an up-close look at two of the drones on the flight line, while a third was on a flight mission.

One Reaper flew nonstop for 13-1 /2 hours from Creech Air Force Base in Nevada to reach Hawaii, said Lt. Col. Jaime Olivares, commander of the 9th Attack Squadron at Holloman Air Force Base in New Mexico. Another aircraft from Holloman stopped in California before flying to Hawaii.

The turboprop aircraft with a wingspan of 66 feet has sophisticated intelligence, surveillance and reconnaissance capabilities, a flight endurance of more than 24 hours, and can be loaded with Hellfire missiles and laser-and GPS-guided bombs.

During the Sept. 8 to Oct. 8 exercise, the unmanned aircraft have repeatedly flown to and from Pohakuloa Training Area on Hawaii island, simulating attack missions and flying so high—above 20, 000 feet—that Air Force officials said they doubt anyone on the island knew they were there.

The Marine Corps said in March that Hawaii will be getting six MQ-9A Reapers as the Marine Corps as a whole pursues “a deliberate but aggressive” path toward unmanned systems and a reorganization of its forces around fast-moving missile-firing capabilities to counter China.

“Our service envisions distributed teams of Marines that can hunt an adversary’s ships visually or electronically using every sensor and capability available to them, ” Marine Corps officials in Hawaii said in a statement. “We anticipate permanent stationing and operation of multiple MQ-9s in Hawaii sometime in 2023, following completion of an ongoing environmental assessment.”

the drones “at this time, but rather, using them for surveillance and reconnaissance.”

Word that the Hawaii Reapers will be initially unarmed follows the U.S. military’s admission that 10 civilians were mistakenly killed Aug. 29 in Kabul, Afghanistan, by a Hellfire missile fired from an MQ-9 drone.

The Aug. 29 deaths by a missile fired by the military drone “has brought the U.S. assassination program into massive public view, ” she said.

The Air Force exercise, which enables it to practice new maritime capabilities and allows the Marine Corps air station to get better acquainted with a new aircraft that it is getting, is testing automated capabilities including takeoff and landings for the Reapers.

At the Marine Corps base, an Air Force pilot in a high-tech shipping container “cockpit ” has line-of-sight control over the aircraft initially, but that control is then passed to a pilot on the mainland.

One goal in flying two of the aircraft to Hawaii was to see how quickly the Air Force could perform the deployment and at what minimum levels of personnel it could effectively do so.

“We have a test organization that’s here with us looking at what is the realm of possible for auto takeoffs and landings—which now reduces the (deployment ) package further, ” said Col. Ryan Keeney, commander of the 49th Wing at Holloman. “If we don’t need to have a cockpit with air crew at someplace, (and ) we can taxi, take off, land and taxi back via satellite from back home, then that reduces the crew.”

Typically, the Air Force has to box up the Reapers—take off the wings, adjust the landing gear—ship them and unbox them, which takes time.

“So one of the things we wanted to try out this time, is can we … self-deploy. Can we just fly there, and then you don’t have to worry about boxing or unboxing, ” Keeney said.

Such a move has been done inter-theater in combat zones, “but we’ve never done it in a training arena, so this is a first time for us, ” Keeney said. About 60 Air Force personnel are participating in the exercise from six Air Force bases around the country.

“We know that as we start moving away from the Middle East, that we will be required to be in many different places on a rapid timeline, ” Keeney said.

Two of the limitations for U.S. military forces that Keeney sees in the Pacific are distance and persistence, and “those are two things where the MQ-9 has a lot of game.”