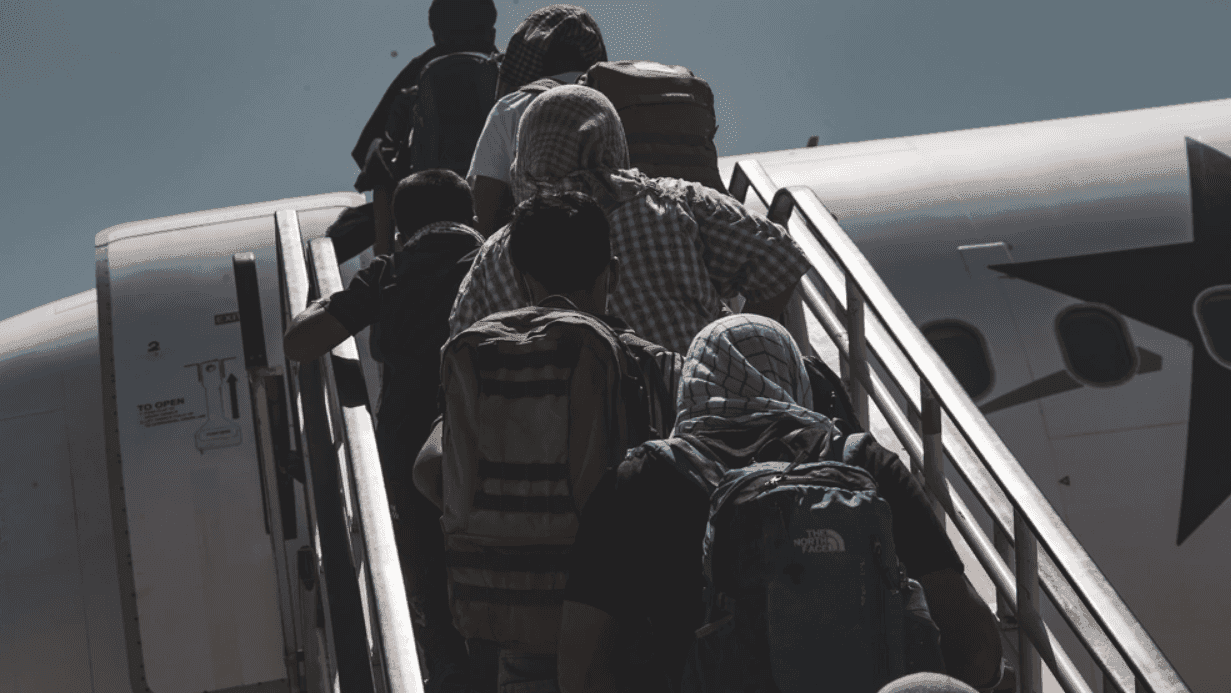 Five Afghans on board a commercial evacuation flight out of Kabul, Afghanistan in August plotted to hijack the flight, the U.S. Air Force first revealed on Tuesday.

“On one occasion after [Air Force personnel] received an intel tip, five people onboard one of the commercial flights intended to hijack the aircraft,” the article states. Our team worked to get them clear of the NATO ramp, relocated to the north side away from friendly forces, then ultimately onto the south side where the situation was handled,” he said.

Lt. Col. Brian Desautels, the 71st Rescue Squadron and personnel recovery task force (PRTF) commander, said, “Our team worked to get [the suspected hijack plotters] clear of the NATO ramp, relocated to the north side away from friendly forces, then ultimately onto the south side where the situation was handled.”

The Air Force article did not provide additional details about when the incident took place and how the situation was ultimately resolved. It remains unclear what happened to the suspected hijack plotters once they were removed from the flight.

The article highlighted other PRTF responses to other moments during the chaotic evacuation from Kabul, such as a now-viral incident of a C-17 Globemaster III transport plane attempting to take off while being swarmed by crowds of civilians seeking evacuation. “Not caught on video and less than a minute later, both HC-130J Combat King II took off on a sliver of remaining runway. With seconds to spare, they were airborne skimming just 10 feet above the crowd,” the article states.

Amid the runway crowding incident, Desautels said he contacted the Combined Forces Air Component Commander (CFACC) for the evacuation efforts. Desautels said he received authorization to “take off from the taxiway, if needed,” adding, “the strategic message: we would have a runway.”

At least two people who swarmed onto the runway and clung to the side of the C-17 fell to their deaths after takeoff. Another person became trapped in the aircraft’s landing gear well, was killed and their remains were discovered after the aircraft landed in Al Udeid Air Base in Qatar. The Air Force Office of Special Investigations is investigating the incidents.